Located at the heart of a vibrant international university, EPFL Pavilions is an amplifier for art and science in society, a meeting place for all disciplines. In the Pavilions, exhibitions and programs evolve in dialogue with scientific innovation and societal challenges, engaging visionary perspectives on our contemporaneity.

Reaching beyond object-oriented curation, EPFL Pavilions blends experimental curatorship and contemporary aesthetics with open science, digital humanism and emerging technologies. In participation with its diverse communities, EPFL Pavilions is uniquely positioned as an experimental space for access to new forms of knowledge arising at the intersections of these transdisciplinary practices.

EPFL Pavilions is open to the public from Tuesdays to Sundays, 11:00am to 6:00pm. Admission is free. 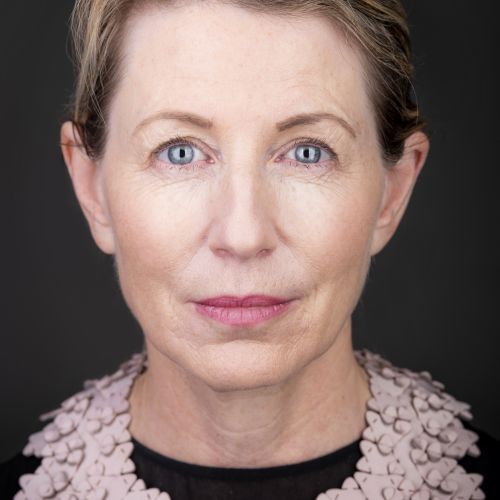 Professor Sarah Kenderdine researches at the forefront of interactive and immersive experiences for galleries, libraries, archives and museums. In widely exhibited installation works, she has amalgamated cultural heritage with new media art practice, particularly in the realms of interactive cinema, augmented reality and embodied narrative. 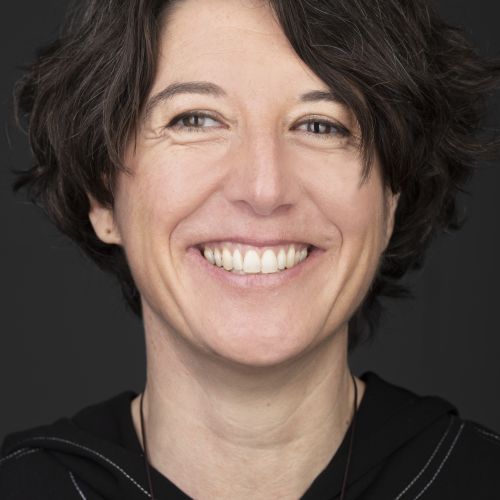 Anne-Gaëlle Lardeau embraced a career in scientific communication after training in Biostatistics (Aix-Marseille Université) and Business Administration at IAE Aix-en-Provence. Since 2000, she has been managing exhibition and public outreach programs in international contexts and well-known organizations such as CERN, the Bibliotheca Alexandrina, and the Olympic Museum. She joined EPFL in 2015 to coordinate ArtLab’s launch program and was appointed manager in September 2018. 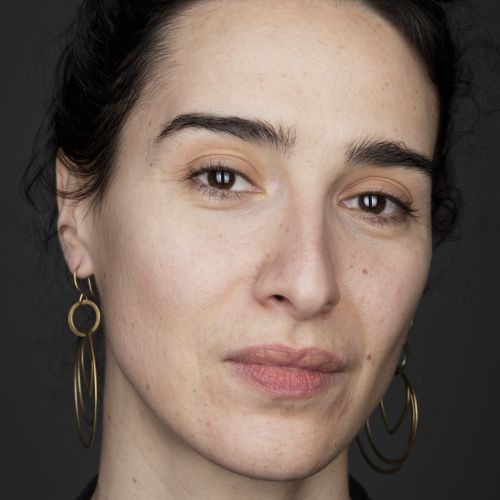 Originally trained as an art historian, Giulia Bini, PhD, works at the intersection of visual art, media, science and emerging technologies, in curatorial practice, theory and writing. She joined EPFL Pavilions’ team in 2018 in a curatorial and production management role. Formerly a member of the curatorial team at ZKM Center for Art and Media, Karlsruhe (2014 – 2017), she has collaborated with several institutions, among which MAXXI Rome (2018). 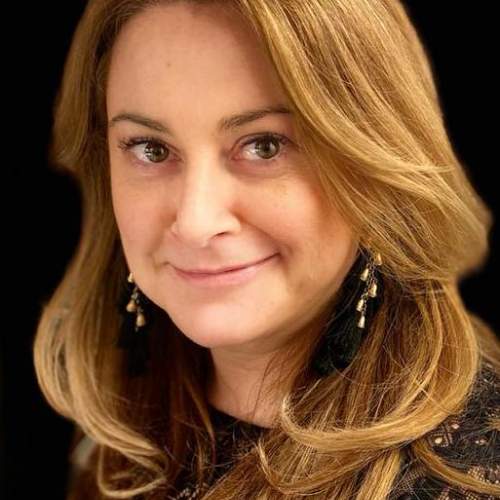 In joining EPFL Pavilions in the Communications role, Monica taps into her expertise in editorial, digital communications, journalism, and podcasting, passion for astrophysics, neuroscience and robotics, an artistic sensitivity and inquisitive mind. Through her work, Monica hopes to spark creativity and ignite curiosity in all the EPFL Pavilions visitors. 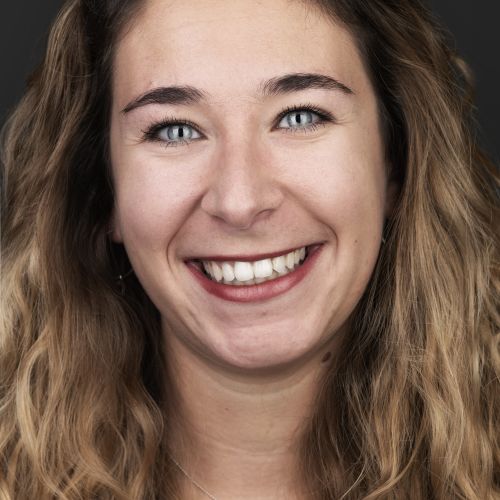 Camilla holds a BA in Classics from the Università Cattolica of Milan, a MA in Culture Studies from The Lisbon Consortium, and a MA in Aesthetic, Practice and History of Contemporary Art from the Université de Paris 8. After several years abroad studying, researching and working in the fields of contemporary art, architecture, and design, she is now back in Switzerland to collaborate with EPFL Pavilions. 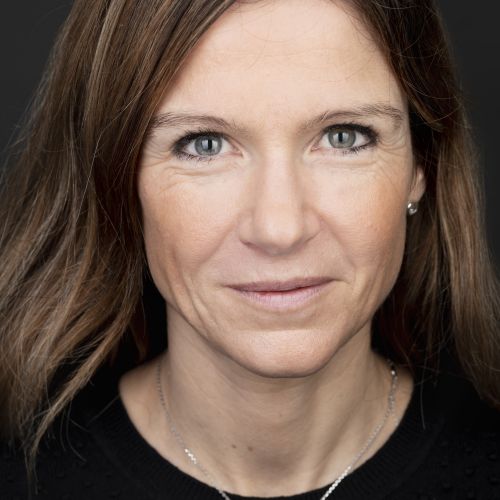 After an initial few years working in the hotel industry, Stéphanie spent 8 years at IMD Business School as program coordinator and faculty assistant. She began working at EPFL in 2016 in IC and joined Professor Sarah Kenderdine in 2017 within the Laboratory for Experimental Museology. Stéphanie became a member of the EPFL Pavilions team in 2019. 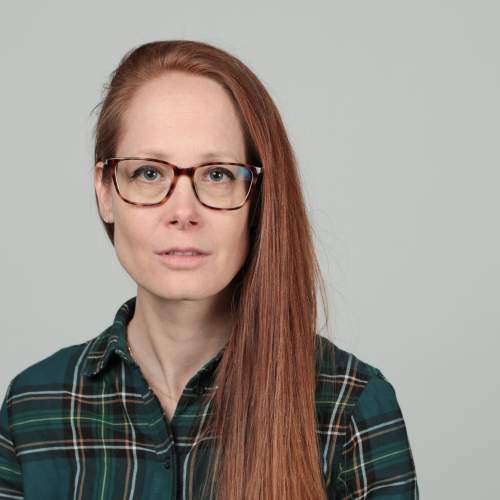 Trained in Molecular Biology at UC Berkeley and with a keen interest in the performing arts and culture, Sophie has used her coordination and administrative skills in the commercial and academic sectors. She joined the ENAC School at EPFL in 2017 as an Administrative Assistant for the Institute of Civil Engineering and started at EPFL Pavilions in June 2021. She is a singer/songwriter in her free time and a certified expert in traditional feng shui. 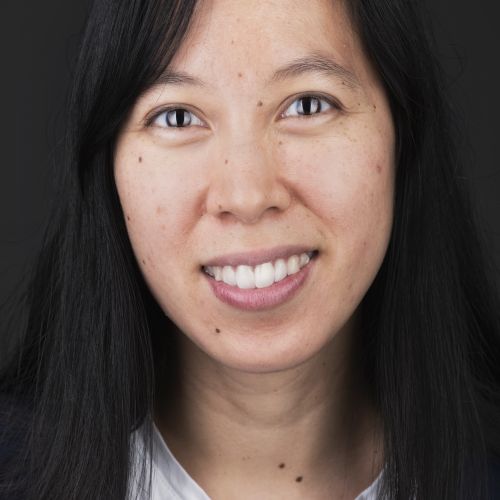 Le Thy Nguyen is EPFL Pavilions’ event coordinator. She began her career promoting Swiss technology and innovation abroad (in Washington DC, Guangzhou and Paris). Now back in her hometown, Le Thy is committed to connecting people through our eclectic and exciting programs.

EPFL Pavilions’ Scientific Committee is a forum for discussion and input into proposed and upcoming programming, educational projects and new initiatives.

As EPFL’s new "entrance door" inaugurated in 2016, EPFL Pavilions is the first building dedicated exclusively to a public and cultural program. Almost 250 meters long, its slate roof covers three distinct spaces, all dedicated to the dialogue between science and culture.

The pavilions and their associated scientific programs offer several forms of the productive dialogue that science and art can enjoy. The building is designed by Japanese architect Kengo Kuma, winner of the competition launched in 2012.

Kuma aims to revive Japanese architectural traditions and reinterpret them for the 21st century. He takes a scientific approach to materials, using them to instill grace and lightness in his designs. He can make stone seem just as airy as wood or glass.

The place is a result of nature and time. I think my architecture is some kind of frame of nature. With it, we can experience nature more deeply and more intimately. Transparency is a characteristic of Japanese architecture; I try to use light and natural materials to get a new kind of transparency.

His work includes several museums in Japan and around the world, including the Nezu Museum in Tokyo, the Besançon Art Center and the Regional Contemporary Art Foundation (FRAC) in Marseille, the latter two of which opened in 2013. The EPFL Pavilions building (project name: Under One Roof) is his first project in Switzerland.
Kuma, alongside David Chipperfield, is vice-chair of the architecture-design selection panel for the second phase of the Plateforme 10 museum complex in Lausanne.